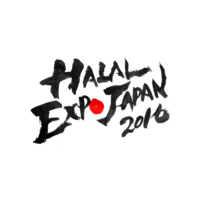 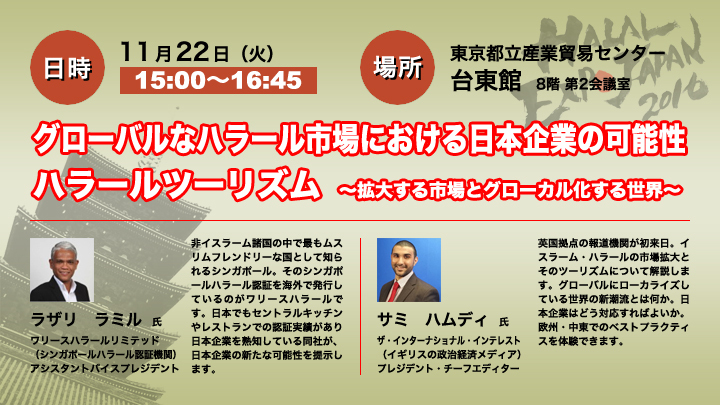 Get invited to future events

“Opportunities in the Global Halal Market for Japanese Entrepreneurs”

Among other non-Muslim countries, Singapore is one of the most Muslim-friendly nations, and Warees Halal is a Singaporean company that has been exporting its Halal certification to other countries. Having served as a Halal certifier for numerous central kitchens and restaurants in Japan, Warees Halal suggests new possibilities for Japanese companies with its extensive experience and knowledge of Japan’s corporations.

“Halal Tourism – Expanding the Horizon and ‘Glocalising’ the World”

A UK-based press visits Japan for its first time to talk about the expanding Halal market and tourism. What is this globally localizing new trend? How should Japanese corporations cope with it? Come to familiarize yourself with the best practices in Europe and the Middle East.

Participants can learn the current situation of Muslim tourism, that is an urgent matter of inbound business in Japan, and how to cope with it. Participants can make a deal with exhibitors, buyers,...